Sneak Peek! Lead Me Back by CD Reiss Coming July 7 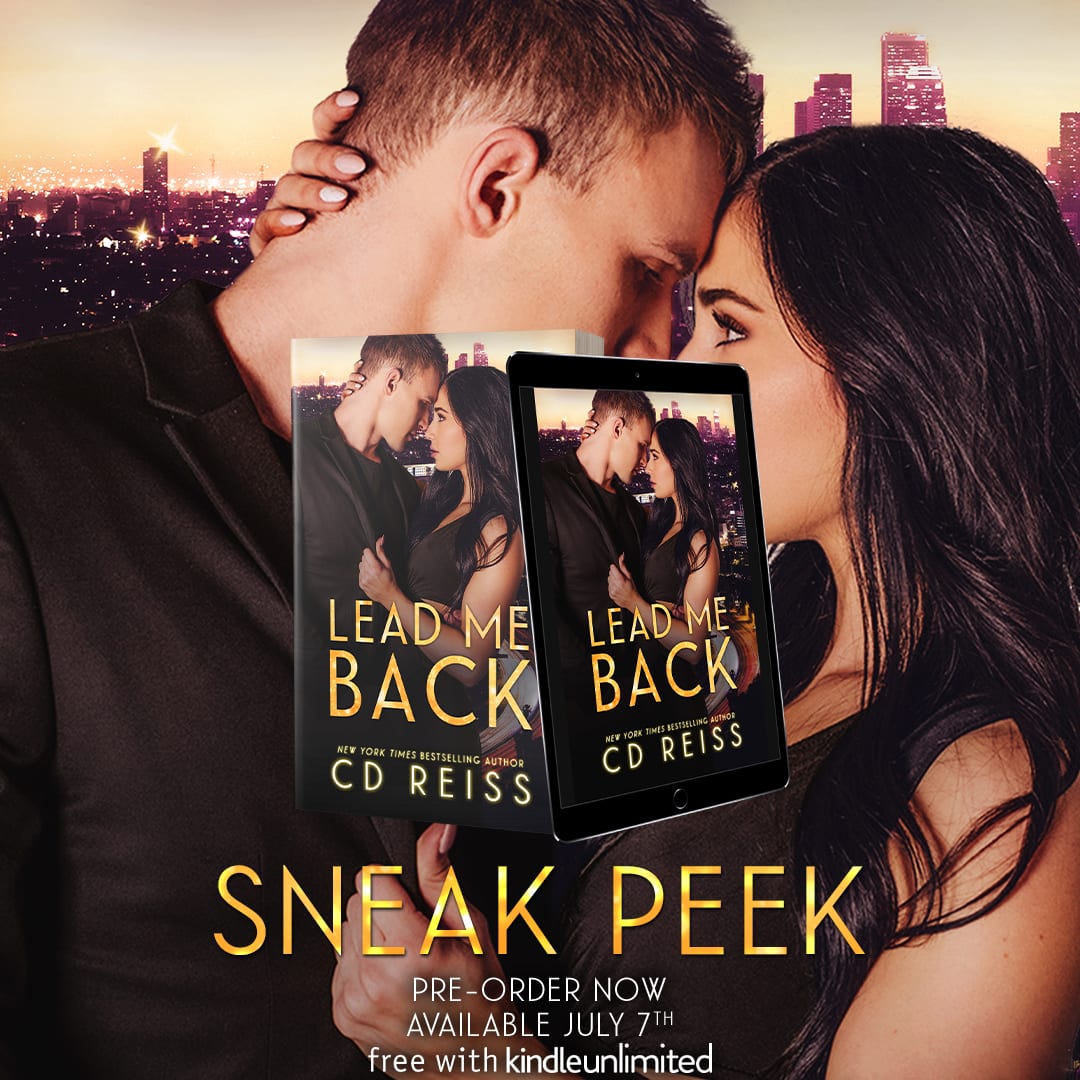 Sneak Peek! Lead Me Back by CD Reiss
Synopsis

The boy band rebel with the cocky attitude and dreamy bed head who casts a spell over his fans and tests the patience of his handlers.

Now at the peak of Mount Adulthood, he has to build a clean-cut, movie star image. It’s in his contract. No partying. No attitude. No groupies.

To tie it together, he needs a normal girl.

Suddenly, Kayla’s swept up in Justin’s glamorous world, and his arms. But the most dizzying thing is Justin himself. Sweet, generous, reliable, and as eager to shed his past as Kayla is hers.

Those ties she thought she’d cut? They’ve followed her across the country with her secrets in tow, and they’re about to test Kayla’s courage, Justin’s loyalty, and a love that wasn’t part of the deal.

Want More of Lead Me Back?

Add LEAD ME BACK to Goodreads: https://bit.ly/3drjzw1

Be notified first when LEAD ME BACK is live: http://bit.ly/2NVIehg

Standing right there in bare feet, white tattoo-exposing tank, white basketball shorts with an orange stripe down the side, with his blond hair so precisely bed-headed it had to be on purpose, and a gold chain that was the icing on the cake of a look every fashion and celebrity magazine called “douchecore” was Justin Beckett.

From the band Sunset Boys. That Justin.

From the cover of GQ. Twice before age twenty-two.

I considered myself too much of an adult to listen to his music, but I wasn’t dead. The Sunset Boys breakup that spring had drowned Twitter in sobs and DMZ in clicks. Justin Beckett, with his ghostly pale-blue eyes, had been the front man who’d thrown it all away for a crazy night at the Roosevelt Hotel.
Want more? Continue reading → https://bit.ly/3hUYKeL

CD Reiss is a New York Times bestseller. She still has to chop wood and carry water, which was buried in the fine print. Her lawyer is working it out with God but in the meantime, if you call and she doesn’t pick up she’s at the well hauling buckets.

Born in New York City, she moved to Hollywood, California to get her master’s degree in screenwriting from USC. In case you want to know, that went nowhere but it did give her a big enough ego to write novels.

She’s frequently referred to as the Shakespeare of Smut which is flattering but hasn’t ever gotten her out of chopping that cord of wood.

If you meet her in person, you should call her Christine.

Sign up to hear exclusively about audio releases and sales: https://cdreiss.com/AudioAlerts