Review: Three Of Us by Ann Grech 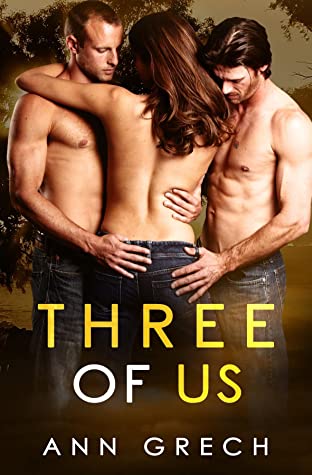 Review: Three Of Us by Ann Grech

Ann Grech has the ability to bring Australia to life for me, even though I’ve not been lucky enough to visit there yet.  In Three of Us we get to return to Pearce Station, a remote cattle ranch deep in the Australian Outback. Scottie Pearce and his partner, Macca, from the Outback Treasure duet, feature in Three Of Us as well.

Ally Pearce is Scottie’s sister, and though she too was born and raised out on the land like Scottie, she was never quite as sure that she belonged out there.  She always felt like she needed more out of life.

Craig and Sam are best friends who grew up together, and until they were about 15 or so they too lived on a Station. But the drought drove them from their home, and after graduating high school the two traveled around Australia together working as stockmen.  They ended up at Pearce Station when they were 25, and found their home.  It was as close as they had ever been to their old homestead, deep in northern Queensland.

Aside from one kiss when they were kids, Craig and Sam were never together in any way other than friends.  But it was so clear they loved each other, clear to everyone, including Ally.  While Ally was wildly attracted to both men, and they were to her, she never explored it in the 12 years they lived together on the Station.  It took a life crisis for Ally to lay it all on the line and tell Craig and Sam what she truly wanted – both of them.  And it took Ally for them to realize what they were to each other – even after all their years together.

Three of Us is a gorgeous, slow-burning love story.  Reading it makes you see how a relationship such as theirs could work.  It shows how everyone could, in fact, get what they need and be happy in a triad instead of a traditional couple.

My most favourite part of Ann’s work is how she’s able to paint a picture of Australia that’s so real and vivid.  The Outback’s vivid colours are so easy to see in her descriptions.   I even sat down with trusty Google Maps and found some towns mentioned in the book – Longreach and Goondiwindi. And talk about remote!  Longreach, the closest town to the fictional Pearce Station is a 12 hour drive from Brisbane!  And it’s only a town of about 3000 people.   But I’ve added a road trip through the Outback to my bucket list – thanks to Ann!