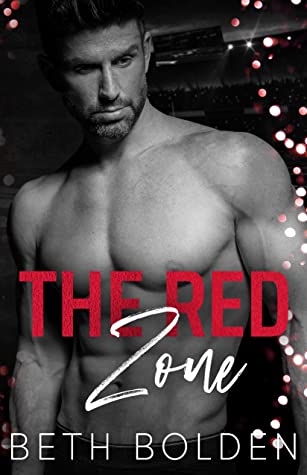 Being a big football fan, and with the NFL pre-season just starting up, this was the perfect time for me to pick up The Red Zone.

I really loved Alec’s character.  I loved that his real mission as a player’s agent wasn’t just to make as much money as possible, but to actually help to change the NFL so that gay players are more accepted.   But the challenge of dealing with Spencer is more than he had originally planned for.  He thought he would be able to keep his personal feelings in check – and keep things just professional between them.  Naturally, after nine years of pining for each other, he isn’t able to keep that particular promise to himself for very long.

Spencer is a complex character, who got more likeable as the story progressed.  Having spent the past 9 years as part of a team that used him for his amazing talent, but abused him as a human being, changed him into someone he wasn’t sure he even liked.  He’s so very alone in his locker room, and it takes a terrible injury for him to finally see that choosing to stay with the team who hates him is in no one’s best interest, least of all his own.

He and Alex have been in love with each other almost since they met, 9 years earlier before Spencer was even drafted.  So when they finally give in, the heat is explosive.  I loved how both of them were quick to admit their love for each other – even though neither one of them was truly sure how the other felt. Naturally, since Alec was now Spencer’s agent, they had some complicated situations to navigate as they came together, but I liked how they managed to work through them together.

I loved watching Spencer grow into the person he was meant to be. Seeing how Alec was able to see that person even before Spencer himself did, made for a really great love story set against the backdrop of one of my favorite sports – so The Red Zone is a big win for me!