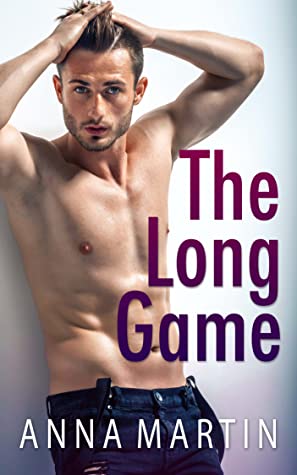 Looking for a suspense-filled read with a side of hot romance?  Try The Long Game.  It’s the story of Calvin, an FBI agent who had to run for his life when his cover was blown – after being embedded with a huge criminal organization for six years – and AJ, a youth counselor dealing with physical and mental scars from a fire when he was a teenager.

They are an unlikely pair, and their story sucked me in from the start.  Cal’s undercover life is revealed slowly, which kept me turning the pages until well after bed time last night!  But AJ is the perfect partner for him, as he doesn’t push to know everything all at once.  In fact, Cal actually lets AJ in on his secrets before AJ tells him about the fire that gave him the scars he carries.  When we first meet the pair, I thought Calvin was going to be the stronger man, but as things unfolded, it became clear that AJ is the one who is the real rock.

Both men are pretty broken – particularly Cal, as he is trying to live a life where he’s got one foot in with the FBI and one foot out. People are hunting him, and he has no idea when or if the FBI is ever going to catch the criminals he spent 6 years with. And while he’s falling in love with AJ, he is terrified that he will be putting him in danger if they are together.

AJ is less obviously broken, but he has spent his whole adult life being ashamed of his body, and feeling guilty about feeling that shame, knowing that if he didn’t have the scars, people he loved would have died. They both have a lot to sift through, and it takes a major crisis for them to openly acknowledge how much they mean to each other.

I fell in love with both AJ and Cal, and I was so invested in their happy ending it nearly drove me crazy!  But I wasn’t disappointed and you won’t be either.  The Long Game will get your heart going in more ways than one!