Review: The Best Of Us by Kennedy Fox 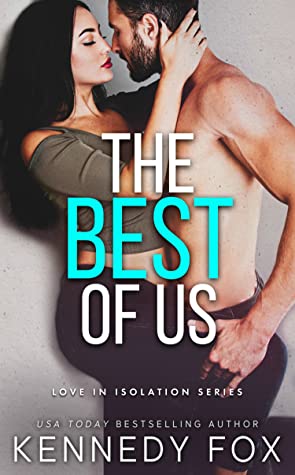 Review: The Best Of Us by Kennedy Fox

Kendall Montgomery and Ryan St. James are headed up to the St. James family cabin in upstate New York to get it ready for the honeymoon of Ryan’s best friend, Eli and his sister, Cami, who is also Kendall’s best friend from grade school.

Both Kendall and Ryan come from incredibly wealthy families, but Ryan chose to lead his life differently, becoming a doctor and not taking advantage of his family’s money. He’s incredibly driven and cares deeply for his patients.  He also suffers from PTSD due to the things he dealt with during the pandemic.  As a result, he’s not sure he has anything left of himself to give to anyone in a relationship.

Ryan has always assumed that Kendall was a typical trust-fund baby who cared more about her nails and her designer handbags than about helping people.  It turns out he could not be more wrong about Kendall, finding out that even though she doesn’t shun her family’s money like Ryan does, she uses her privilege to try and help others, by helping at shelters and donating to other charities.  She does all this work anonymously, so she never receives credit or any publicity for doing it.

They end up getting snowed in at the cabin during the worst blizzard in years.  They lose power for several days, which requires them to huddle together for warmth leading to some super steamy sexy times.  It turns out that straight-laced Ryan is an animal between the sheets, and Kendall brings out all his sexiest instincts.

They end up stranded at the cabin for a couple of weeks, which, it turns out, is enough time for them to fall in love, but also the perfect amount of time for them to be unsure whether the other one feels the same!  This leads them to a bunch of misunderstandings once they get home. But they eventually get to their happily ever after and it’s so worth the wait!

Cami and Ryan are dynamite together, and it’s SO fun to read!  Just make sure you’ve got a cold drink or maybe a fan nearby, because this book is HOT!  Enjoy!