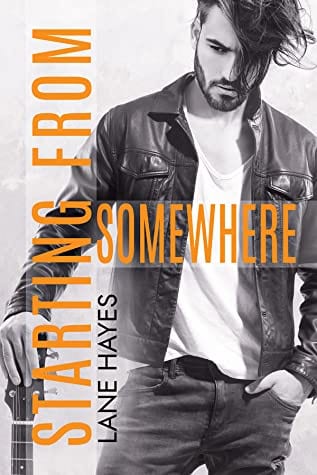 At first meeting, Bobby J and Cody look to be complete opposites.  Bobby J is the guitarist for an up-and-coming band that’s about to hit it big, while Cody has just graduated from University with a job lined up working for NASA after summer ends – he’s LITERALLY a rocket scientist.

Cody and his tight-knit group of friends have realized that they spent most of their 20s staring at computer screens and studying, so they make a pact to get out into the world and really explore life before the summer is over and Cody starts his new life as a NASA scientist.

When Bobby J first lays eyes on the cute but slightly awkward young man at the dive bar next to their studio, he’s immediately interested, but after from some flirting and an unexpectedly hot parking lot kiss,  they part ways and he never expects to see Cody again.  What he doesn’t know, is that Cody has already been hired as the summer intern at his band’s label, Scratch Records.

Bobby has trouble getting the cute young intern out of his head, so he offers to help Cody knock a few things off his summer-bucket list, especially some of the x-rated items.  They both know their relationship will be just for the summer, and at first, both are okay with that idea.  But as the summer progresses, Cody discovers Bobby J is more than just a pretty face and a hot rock star.  He’s incredibly smart, with an Ivy League education, but music is what he loves.  He struggles mightily with a fear of failure, but he’s surprisingly self-aware.  He’s so much more than what Cody had expected.

Bobby discovers that Cody is honest, earnest and so adorable. He’s smart, of course, but he’s also just really interesting and funny.  And he encourages Bobby to be brave and face his fears.  It turns out they are perfect for each other.

I fell in love with Bobby J.  He’s a sweetheart and a big softie in a tough looking package.  And Cody is sweet and funny in that awkward way.  Their story is light and low-angst and such a great escape that I wished it would never end.  It’s the first book I’ve read by Lane Hayes, but it won’t be the last.