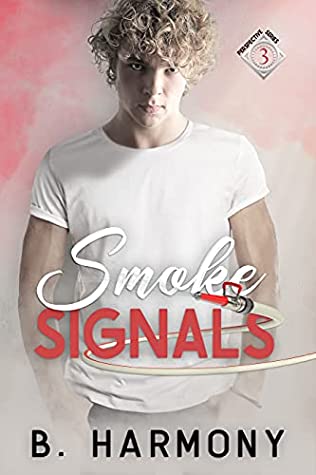 I felt like I waited ages for Dylan and Shane’s story, but it was absolutely worth the wait!  If you’ve read the first two books in the Perspective series, you’ll remember Dylan, of course.  He’s Tyler’s assistant (from The B-Side) in his graphic design business.  Dylan is super sweet, smart, fun and gorgeous.  He is also Rhett’s best friend (from Paper Airplanes).  Since we met him in Book 1, it was awesome to see him finally get his happily ever after.

Shane is a super sexy firefighter who Dylan has an anonymous hook-up with and never expects to see again… until a few months later when he realizes that Shane works at the firehall right next to his new house!

Shane, being pretty deep in the closet, makes a giant mess of things when he treats Dylan horribly when they come face to face again.  But the main reason he flips out isn’t because he’s deep in the closet, it’s because he can’t get Dylan out of his mind, no matter how hard he tries.  It takes him a while, but once he figures out that Dylan is something he can’t possibly give up, he goes in 100%, which I LOVE.

The steamy scenes in Smoke Signals do NOT disappoint – these two are SO hot together.   But then, all of B. Harmony’s steamy scenes are amazing.

I think Dylan might be one of my favourite characters ever.  He’s one of those people you just want to be friends with.  And Shane, while he spends quite a lot of the book acting like a complete ass, definitely won me over by the end.

Possibly the only thing that would have made Smoke Signals better was if we got more info on Shane’s best friend – Wednesday, who is absolutely adorable.  I’m kinda hoping he might show up in a future book or series??  Maybe??

This is the third and final book in B. Harmony’s debut Perspective series, and I’m so sad to see the end of it, but super excited to see what stories she has up her sleeve next – because I can’t wait!!