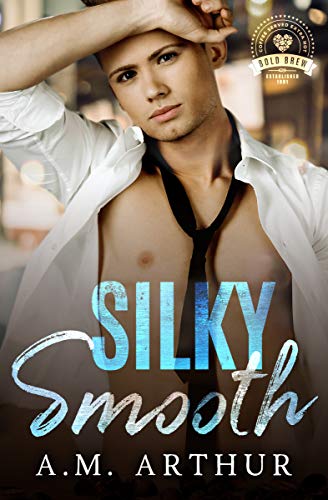 My only complaint about Silky Smooth is that there wasn’t enough of it!  I wanted to know so much more about both Alex and Nicolas.  Both of these guys made me want to just grab them and hug them.  They both just seemed like they needed it so badly.

Cal, the emotional support parrot, (yes, really) brings them together when she escapes and Nicolas finds her at the coffee shop and takes her home.  By the time Alex, her owner, is found, Nicolas has become completely attached to the unusual pet who greets him with affirming messages – which is strangely great for his self-confidence.  He’s still recovering after a horrible bullying incident, and he trusts no one. Having the parrot around for a week was company for him, and he loved it.   But he can see right away that she’s a lot more than just a pet to Alex; she’s his whole life.  And as much as he’s terrified of being hurt and humiliated again, Nicolas can’t ignore his curiosity about why such a gorgeous, successful man as Alex appears to be so alone, and so damaged.

Alex and Nicolas have both come through extremely traumatic experiences.  While Nicolas was horribly bullied, we don’t get as much detail about the abusive relationship Alex escaped, but both of them are deeply scarred by their experiences.

With Cal’s help, and her unwavering positive words, the two men are able to stumble into a relationship, even though they’re both terrified.  I loved the book, and I was happy they got their happy ending, but I really wanted to know more about both of them, particularly Alex.