Review: Shot In The Dark by Marie James 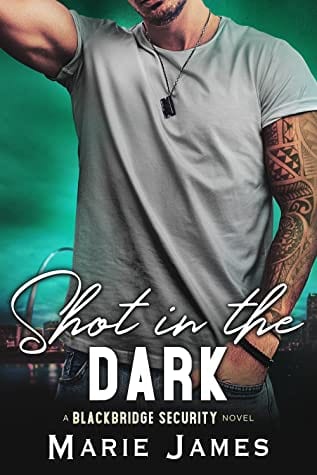 Review: Shot in the Dark by Marie James

Shot in the Dark is the second in the Blackbridge Security series, and there were definitely lots of mentions of characters from that book.  It might have made it more enjoyable to have a little bit of background, but I wouldn’t say it’s necessary.

It turns out Wren and Whitney live in the same building, and Wren ends up getting a very sexy delivery, meant for Whitney.  He’s so fascinated that he learns everything he can about her online – which then turns into him cyber-stalking her.  Once they meet in real life, he immediately stops the stalking behaviour, but he knows without a doubt that it will ruin any relationship they may end up developing if Whitney ever finds out about it.

Shot in the Dark has lots of tension, both sexual and otherwise, with a couple of interesting storylines going on besides the central love story.  It definitely grabbed my attention off the bat and kept me interested!  I’m planning to go back and read the first book in the series and I’m looking forward to the next book as well!