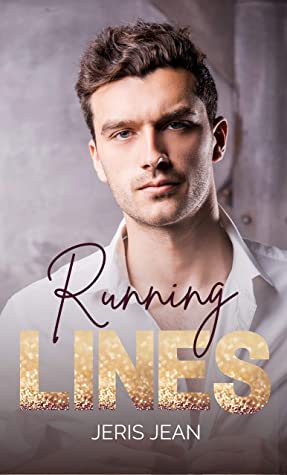 I’ve found yet another great MM series to get excited about!  Book 1 in the Hollywood Hopefuls series by Jeris Jean is the story of two fairly well-known actors who are cast together in a Downton Abbey-like TV Drama.  Finn is the star of a teen soap called Luna’s Cove, while Grayson is a “serious actor” who has big hopes of making the jump from TV to films.  The two of them hit it off right away, as Finn is really eager to prove himself.  He wants to make sure everyone knows he’s more than just the pretty faced star of a teen soap.  He joins the cast of Frost Manor in the third season, so he’s already unsure of himself among actors with a lot more experience in “TV for grownups”, and who have been acting together for a couple of seasons already.

Co-incidentally Finn and Grayson share the same Hollywood agent – Kayla, who is known as the best in the business.  As an agent she’s responsible for both their business contracts and deals, as well as making sure their private lives are “managed” so that they get the most benefit of any publicity.  When Finn and Grayson get together, Kayla and the showrunners don’t think it will be good for the show, so they make them promise to keep their relationship quiet – and even to act as if they can’t stand each other.

Pretending they don’t like each other takes its toll on both of them.  Grayson’s previous relationship was with someone who was much more interested in the publicity he got from Grayson, and he would get angry when Grayson didn’t want to be seen out with him ALL the time.  Finn, on the other hand, struggles with the fact that he’s had a celebrity crush on Grayson since he was a kid, and the fact that Grayson is actually into him in real life is hard for him to believe.  As a result he looks for ways the relationship might fail, and jumps to all kinds of conclusions when they have a disagreement.

I liked how both guys seemed to know right away that their relationship was something special and different than anything they had experienced before.  But letting other people decide for them how to live their lives, and how open to be about who they are, led to problems for them both.  It took time apart for them to realize how important honesty is and how much healthier it is to not hide things about themselves.

I really enjoyed Running Lines and I’m eagerly awaiting Book 2, where we get the story of two characters we’ve already met.