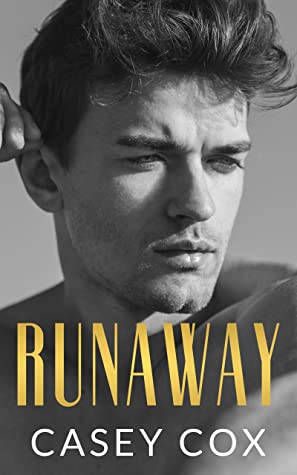 I loved the first book in this series, Getaway.  I thought Runaway was going to be just as fluffy and easy to read, but it was a lot more angsty than I anticipated.  Runaway is the story of Jedfire, the irresponsible playboy heir to a vast cowbell empire in California (yes, you read that right), and Conrad, a sweetheart of a guy who has spent the last 6 months traveling the world in an attempt to check things off his bucket list.

The two couldn’t be more opposite.  Jed starts out being hard to like, but once we learn a little bit more about him and why he acts the way he does, it’s much easier to relate to him.  Conrad is lovely right from the start.  He’s a young man who knows he has a difficult road ahead of him, and he decides to give in to his attraction to Jed, since he knows he may not have other chances to enjoy a fling like this one.

I think my favourite character in this book is Jed’s grandmother.  She’s absolutely hilarious, and other than the fact that she has had entirely too much plastic surgery, I kind of want to be just like her when I’m old! She lives her life to the fullest, and doesn’t care what people think.

I really wasn’t sure exactly how we were going to make it through to the happy ending in this book, but it was definitely worth waiting for.  I did enjoy the story, but I do hope that the next book is a bit lighter, since this one gave me a little more anxiety than I was anticipating!!