Review: Road To You by Jaclyn Quinn 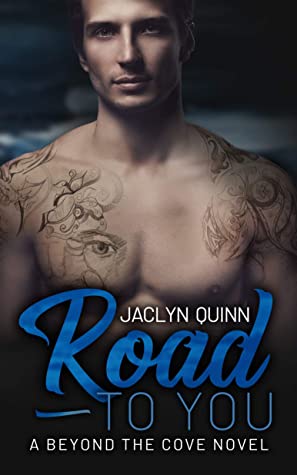 Review: Road To You by Jaclyn Quinn

Jason Maxwell and Parker Wilson have known each other since they were kids.  Parker’s best friend in the world has always been Jason’s sister, Sarah, but even when they were kids, Parker always loved Jason.   Parker has always known he was gay, and Jason was always his protector.  Their relationship solidified after high school when Parker was nearly beaten to death in an anti-gay hate crime, and Jason was able to stop it.  Jason has always loved Parker, but he’s never been attracted to another man, so his feelings for Parker are horribly confusing to him.  So confusing and terrifying that after an unexpected night of passion, Jason runs.  And he keeps running for 6 LONG years.

By being such a coward he hurts Parker more than he could have ever imagined.  And even when Jason eventually comes to his senses, after so many years, Parker is DETERMINED to never let him in again.  He just knows that if he gives Jason the opportunity, and Jason hurts him again there is no way he will be able to survive.  But Jason is determined to break through the very thick walls Parker has built up.

I think the best thing about this book is the determination with which Jason comes after Parker.  Even though it takes him so very many years to come to his senses and stop running away from his feelings, once he commits, he REALLY commits.  Which turns out to be very necessary – since Parker was hurt so badly he doesn’t make it easy.

Road to You is a really great read.  I haven’t read any of the previous books in the series, but if they are even close to as good as this one, they should not be missed!  I’ll be checking them out!