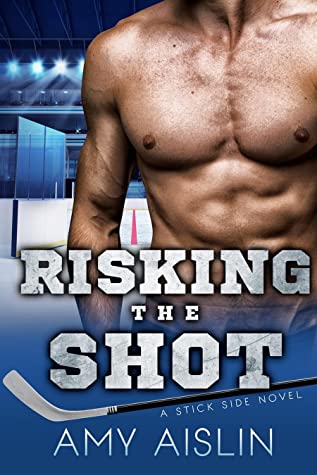 I love stories about pro athletes who are out of the closet.  It makes me hopeful that maybe someday that can be reality for LGBTQ people everywhere.  Even though it seems like we still have such a long way to go.

Taylor Cunningham is a young NHL player with an old soul. His two older sisters who have never been able to see him as an adult, and he seems to spend his life trying to earn their respect.  He has spent the past two years doing a full time university program at the same time as playing in the NHL.  And he’s doing so mostly to prove to his sisters that he is worthy of their respect, not because he is really interested in the program.  In Dakota he finds someone who adores him for who he is, he can relax and quit constantly trying to prove himself.

Dakota is a single dad, 11 years older than Tay. Andy, his 4 year old son is the center of his life.  He works for Tay’s NHL team’s charitable foundation but on the side he runs a bakery and cake decorating business with his cousin.  He’s the cake decorator, something he truly loves, but he keeps his 9-5 job at the foundation in order to provide Andy with stability.  Dakota battles constantly to make up to Andy for the fact that his mother isn’t really involved in his life at all. She was unwilling to sacrifice any part of her career in order to raise a child, so she left.

Dakota is cautious about bringing anyone into Andy’s life who might not stick around for the long haul, as was the case with his mother.  While Tay has no trouble showing Dakota his feelings toward him, he is very hesitant to share the really personal things in his life, like his insecurity over his art and how he feels about his sisters continually treating him like a little kid.

Dakota and Tay are eventually able to help each other take some risks and reap the rewards from doing so.  Their support of each other is so sweet.  Two incredibly kind people finding each other and making it work without too much angst or unnecessary drama.  Their struggles are so “normal” it’s easy to connect with them and understand how they are both feeling.  Risking The Shot is a sweet story with a wonderfully happy ending.