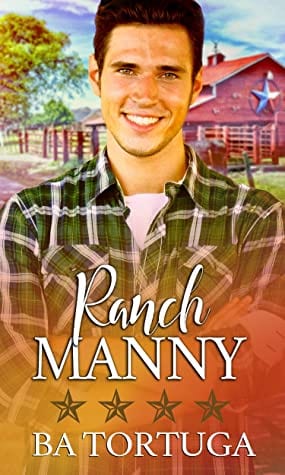 Elementary teacher Trace has had a terrible run of bad luck. A set of tragic circumstances has left him with no job, no prospects, and his 4 year old daughter to raise alone. He makes the desperate decision to drive from Austin to his parents in Colorado, hoping he and Susannah can stay with them until he can get back on his feet. But his crappy car dies in a tiny town in central Texas, and they limp the town’s diner parking lot on it’s very last legs. Trace and Susannah are eating their breakfast when super-sexy, Marlborough Man lookalike Brent walks in.

Brent is almost as desperate as Trace. He has recently become the guardian of three young kids, after his cousin and husband were killed in a car accident. Trying to run a ranch full time, and raise three kids is taking its toll on him. Even with the help of daycare, Brent is losing it while trying to keep all the balls in the air. Trace overhears Brent talking about needing help, and before he can even think about it, he has volunteered to take the job.

Trace is thrown into the deep end when the kids come home with poison ivy on his first day. But he finds that he loves the kids. And he very quickly comes to love the ranch, the animals, ranch hands, and eventually, Brent as well.

Trace and Brent’s relationship is a slow burn as Trace grows into his role. There was more than one scene that made me grin – managing a passel of little kids is utterly exhausting, and that comes right off the page, pulling me back into my own memories. But the scene involving Brent and the toilet brush literally had me laughing out loud.

Ranch Manny is a sweet story of how love isn’t always what you expect, and definitely isn’t always pretty, but sometimes, even in the chaos of family, there are moments where everything feels right.