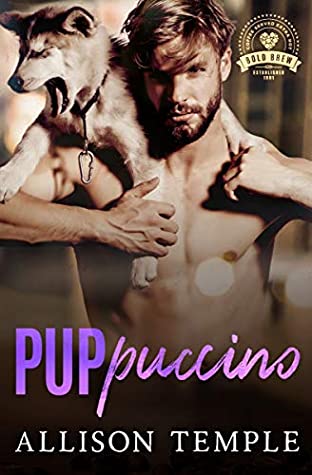 When we meet Charlie, his life is more or less falling apart.  He’s only a few months out from finding his long-term boyfriend in bed with another man and his confidence is completely shot.  It’s not helping that Athena, his husky puppy, is nearly killing him with her naughtiness.  He can’t turn his back on her for 2 minutes without her wrecking something in his very neat and tidy apartment.

Desperate for help, he calls Mason, a local dog trainer.  Mason’s quiet confidence is a complete turn on for Charlie, and the way Athena responds to him is kind of like magic.  The attraction is definitely mutual, but Charlie spends so much time trying to figure out what Mason wants, that he has no idea what HE wants.  After his failed relationship he realized that what he had with his ex wasn’t a healthy relationship at all.  Mason is able to show him what it’s like to give control to someone else, something Charlie craves,  but without the fear that they will abuse that control.

Charlie is hesitant at first, figuring that at some point Mason is going to figure out that he has way too much baggage to be bothered with.  But as he spends more time with Mason, his confidence starts to come back, and he realizes that there was never really anything wrong with him in the first place – he was just with the wrong person.

Puppuccino is the second book in the Bold Brew series, a collection of 10 fun, sweet romances with a dash of kink thrown in.  I loved Puppuccino, but there was a secondary character that I’d love to hear more about – Mason’s friend West has a story that we will hopefully get to read about at some point!