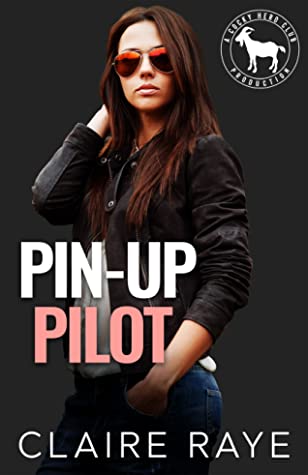 The Cocky Hero Book Club is a group of books that are inspired by the books in Vi Keeland and Penelope Ward’s popular Cocky Hero series of standalones. Each book in the new club either uses characters from one of Vi and Penelope’s books, or is set in the same world. This is the first one I’ve read – and it did NOT disappoint!

Oh My God there is SO much to love about this story!

Alexa Purdy is one of my favourite heroines EVER.  She’s a badass commercial airline pilot, a job she’s had to fight hard for, and one where she faces continuous, overt sexual discrimination.   After a nasty divorce, she cuts herself off from men emotionally – but not physically.  She went through a phase where she unapologetically slept with whomever she wanted to.  Something the men in her industry (and let’s be honest – men EVERYWHERE) are celebrated for.  Naturally, she gets labeled a slut and faces accusations that she slept her way to the top.  Any woman who has ever worked in a male-dominated industry probably feels a STRONG sense of déjà vu here; I sure as Hell did.  She also faces the age-old bullshit of being called a bitch on the regular because she doesn’t take crap from anyone and refuses to apologize for who she is or who she sleeps with.

She meets Jake Campbell a while after she has decided that meaningless hookups aren’t what she wants anymore.  One of the best things about the book is that she doesn’t feel bad about it.  She IS suspicious that people are talking about her and judging her; but she is confident in her knowledge that she has nothing to be ashamed of.  Throughout the story Alexa is consistently herself.  I LOVED that about her.

I loved Jake too. From the very beginning he realizes how strong and independent she is – and not only does he respect her for it – but he encourages it.  He WANTS to be with a strong, independent woman.  He supports her and sticks up for her when he hears co-workers gossiping about her, showing his own strength and conviction.  When the issue of pay equity becomes a huge part of the story line, he acts in support of Alexa – he doesn’t go out on his own and try to fix everything for her.  I really loved that.

Pinup Pilot was just a really great read.  It takes on a major issue in our society – how women get undermined and screwed over when they threaten the patriarchy in any way – but it was still a really fun, sexy, steamy and enjoyable story.  I would absolutely recommend it!

Available on Kindle Unlimited and Here