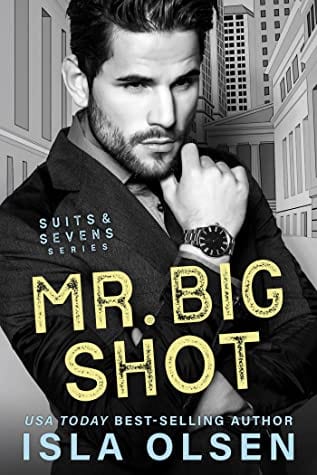 Spencer and his twin sister Emily are the co-CEO’s of a billion-dollar real estate company, Cox Property Group.  He is smack in the middle of a scandal in which his executive assistant has accused him of sexually harassing her, and has gone to the press with her allegations.  The allegations however, are completely false – made even more ridiculous by the fact that Spencer is gay, however not many people know that about him.

Will Crawford is a recent computer science graduate, but he has accepted a job as Spencer’s executive assistant so that he can help his mother with medical bills after her stroke.  However, Spencer doesn’t meet Will before he gets hired and they end up having a random hookup in a gay bar one night before Spencer starts his new job.

They are both utterly shocked to clap eyes on each other the day Spencer starts his new job.  But after some awkward moments, they decide that they can be adults about the situation, and agree not to hook up again.

That doesn’t last long, however, as their physical attraction grows into much more as they get to know each other.

Spence and Will are electric together; the juicy bits are SUPER hot.  Plus they actually, genuinely like each other, and as their relationship grows they are tender and sweet together, while still being dirty as all-get-out in the bedroom.

The only thing I thought didn’t quite work was that Spencer was supposed to have a VERY strict rule with himself that he never dated co-workers.  But after he was able to hold out for a month or so, that all just goes by the wayside, and they are all of the sudden in a relationship; he doesn’t seem to have any lingering worries about breaking his cardinal rule.

Even so, Mr. Big Shot is a really fun, sexy read, with sexy, fun characters that I’d love to hear more about – hopefully we will be able to check in with Will and Spence in upcoming books in the series!