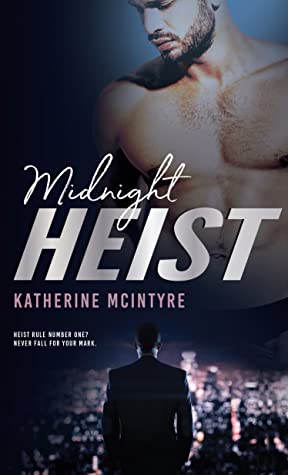 Grif Blackmore is the leader of the not-so-ragtag band of Robin Hood-esque Outlaws.  Made up of con men, a world-famous hacker, and several former circus performers, the group targets corrupt, criminal companies, and steals from them, ruining them and leaving no trace of how it happened. After ensuring the victims of the corruption are paid back, they live off what is left over.

Torres Industries is one of the most corrupt businesses in Chicago, and Grif and the others are looking forward to bringing them down.  But no one realizes that when the CEO retired and his son took over the company, that the son had no idea what was going on.  But Danilo Torres is smart enough to know something doesn’t smell right inside his family’s business. So he starts digging, essentially looking for the same information The Outlaws are looking for.  Dan wants the info to excise the rotten parts of his company, while The Outlaws are looking for blackmail material.

The attraction between Grif and Dan is instant and STRONG.  Grif is a hardened criminal, hell-bent on avenging the deaths of his parents by their own corrupt company by bringing down other corrupt businesses.  Dan is somewhat innocent.  A mechanical engineer by trade, he never had any intention or desire to take over Torres Industries, but his father forced him to do so, by threatening to cut him off from their whole family, something Dan couldn’t live with.

As both men dig deeper into the dirt at Torres, the chemistry between Grif and Dan grows into something neither one of them can imagine living without.  Grif had never dreamed he could love anyone, ever, but Dan unlocks something in him, and once that happens, Grif knows he can’t let Dan go.

I found Midnight Heist a little bit hard to get into.  I couldn’t really connect with either Grif or Dan at first, but both men grew on me as we got to know them, and by the end I was really looking forward to the next book in the series. The other Outlaws are fascinating characters, there should be some great stories there.    If you’re looking for a little excitement to add into your TBR, definitely pick up Midnight Heist!