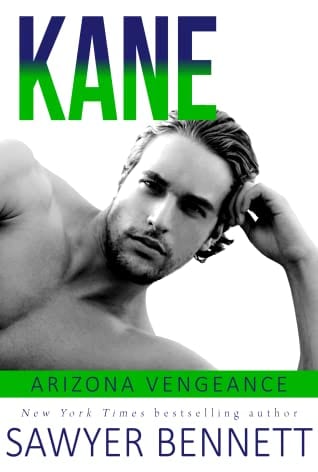 Kane and Mollie have been best friends for over 10 years, but the stars have never aligned for them to be together in any other way.  Mollie is a traveler – she has a tricked-out camper van and travels all over the world with it – just her and her trusty dog Samson.  Kane, on the other hand, is a pro-hockey player for the Arizona Vengeance.   He has adored Mollie forever, but knows he would never hold her back from her dreams of being out adventuring in the world.  The same way she knows she would never hold him back from his dream of playing in the NHL.

A scary incident on the road leads Mollie to Phoenix, and the safety and security of Kane’s place.  While she’s there their relationship blossoms into more than either one of them had ever dreamed.  Mollie fits right in with the other Vengeance wives and girlfriends, and to Kane’s surprise, he finds that he LOVES having her be part of the team family.  He also finds that he loves simply having her around, waking up with her and just being together.  What would have scared the ever-living crap out of him only a few months earlier, now feels absolutely right, since it’s with Mollie.

Hanging over their heads and their newfound romantic relationship though, is a man from Mollie’s past, and it takes some time for that to get sorted.  There is a small crossover into Sawyer’s other amazing series – Jameson Security – making things even more interesting and fun.  Once the threat to Mollie is over though, she starts missing being out on the road on her own again.  The feelings of guilt about wanting to be out there but also wanting to stay with Kane eat away at her.

They have issues of timing and trust to work through, but their love for each other ultimately proves to be exactly where each of them wants to be.  Kane is a great addition to the Vengeance series, and I love getting little peeks into the lives of the other players we’ve gotten to know from previous books.  Next up in the series is Jim Steele’s story, and it promises to be amazing as well.