Review: Hooked On You 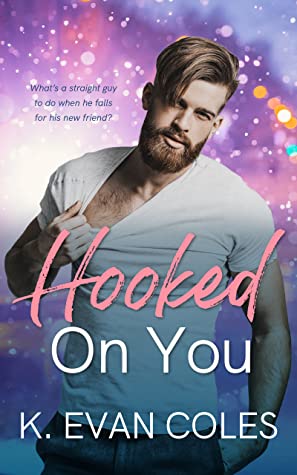 Hooked on You is the story of Judah, an out-and-proud knitting shop owner, and Connor, a straight, anxiety-ridden paramedic.  Connor ends up in Judah’s shop because a friend told him knitting might help reduce his anxiety.  Judah is so kind and friendly that Connor ends up spending a lot of time in the store, even getting to know Judah’s family.  But Connor doesn’t understand the attraction he feels for Jude.  He’s straight – he thought.  But Judah is different.

Connor finds himself wanting to be closer to Jude, in every way – including physically.  When a big Northeast storm leaves them snowed in together for a few days, things get physical.  Jude knows it’s probably a mistake to get physical with Connor, knowing he’s still figuring out his sexuality. Against his own better judgement, he gives in to the attraction, and the experience is amazing and incredibly special for both men.

When he hears his brother’s ring tone on his phone the morning after, Connor panics.  He is pretty sure that James, his brother, will NOT be supportive if he comes out as gay.  So he runs, and ghosts Judah, even though he knows how hurtful and cowardly he’s acting. He does some hard work, and comes to understand that he can’t ignore what he has discovered about himself.  Lying about who he is to everyone, including himself, is no longer an option.

A lot of Coming Out stories I’ve read show family members either being completely, 100% accepting, or completely, 100% disgusted and horrified.  James’s reaction felt real.  He absolutely holds some prejudices toward the gay community, but it never affected him, so he never had to think about it.  When Connor first comes out, his shock causes him to say some horrible things – things he sincerely does not mean. But he’s human, and humans make mistakes.  As soon as he can absorb some of the shock, he genuinely works to try to understand and be supportive. While Connor is hurt by James’ reaction, he understands and he’s able to forgive.

This was one of those books that made me super sad when I finished, because I wasn’t done hanging out with these characters. Maybe I’ll get lucky and there will be a sequel!  In the meantime, this one is going on my favourites list.