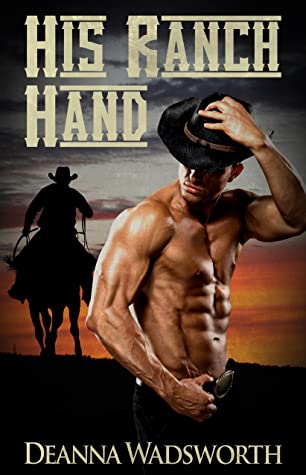 Historical romances aren’t normally my jam, but I do love a good cowboy story, and this one has a twist. It takes place in the old west, but the sexy cowboys happen to be into each other, and not the ladies.  His Ranch Hand is the story of Cade Buchanan and Myron Poste.  Two loners who meet while working on the same ranch in Texas.

In the beginning, both men are uncomfortable with who they are.  Cade believes firmly that being gay is “wrong”.  While Myron still wrestles with these feelings, he is further along the path of self-acceptance.  Their first encounters are fraught with Cade’s guilt and both men are fearful of being discovered.  Their feelings are not unfounded, as both understand that being discovered together in a compromising position could likely lead to them hanging from the end of a noose.  It takes them a while, but eventually both men realize that what they want is each other, and they care enough about each other to plan a life together in the Dakota Territory.  They reason that will be far enough away from polite society that they can be together, although they know they still need to be careful.

Before they can begin their new life together, Myron must go home to Pennsylvania to deal with his mother’s estate which has fallen into the hands of his callous older brother.  He needs to ensure that his widowed sister and her sons are safe from the ugly plotting of Cyrus and his wife.  Myron thinks about Cade constantly, but we don’t get to see things from Cade’s perspective.

It’s almost like His Ranch Hand is two separate books.  The first part during which Myron and Cade are together, and the second part where Myron is dealing with his family.  I wanted to see more of what Cade was experiencing on his own trying to make it in the Dakotas while Myron was in Pennsylvania.  There are some references to the winter being very hard for Cade, but we don’t’ get any details.  The book would have felt more like one complete story rather than two separate stories if we could have seen more things through Cade’s eyes.

His Ranch Hand is an enjoyable read, and the tenderness between Cade and Myron is heartwarming.  They both understand how lucky they are to have found each other and are so happy and grateful for each other. I’ll definitely plan to read further books in the series once they come out.