Review: His Horizon by Con Riley 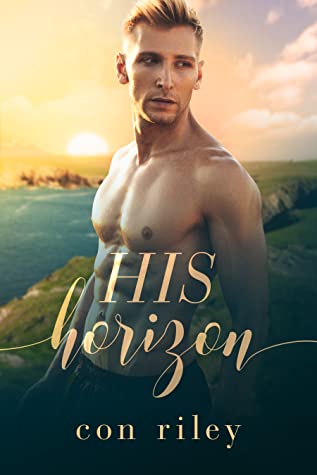 Review: His Horizon by Con Riley

His Horizon is a beautiful book.    Con Riley does an incredible job describing England’s Cornish Coast.  I’ve only been to that part of the world once, and it was more than 20 years ago, but the descriptions of quaint British seaside towns brought back a ton of memories!

Both Rob and Jude are dealing with profound insecurities, mostly related to their relationships with their fathers.  But their respective personalities have them dealing with these insecurities very differently.  Rob is a prankster who doesn’t seem to take anything seriously, at least this is what Jude sees.  He feels his dad’s efforts to help him are only motivated by an urge to control him.  The one thing that isn’t a problem in his relationship with his dad is his sexual orientation.  Rob has been out of the closet forever and it’s never been a problem.

Jude, on the other hand, is dealing with complicated feelings about his dad.  His parents have been missing for several months, lost at sea on a sailing trip around the world.  Jude has spent the past few months as a crew member on a luxury sailboat searching unsuccessfully for them.  As if that isn’t hard enough to deal with, Jude believes his father would never, ever have accepted the fact that he is gay, leaving him firmly in the closet.  His whole life, he had watched his father behave differently around gay people, and Jude took that to mean he was terribly homophobic.  Keeping this huge part of who he is concealed, led Jude to become very quiet and cautious about his words – pretty much the opposite of Rob.

I loved watching both characters grow over the course of the story.  They both learn to face their fears.  Jude particularly, comes to realize that he may not have given his family enough credit, and in hiding who he was, he never gave them a chance to accept him.

The ending of the book was a little bit unexpected, but I loved it.  I’ll be reading more from Con Riley!

More Info on Con Riley, the official teaser and a giveaway link can be found Here