Review: His Compass by Con Riley 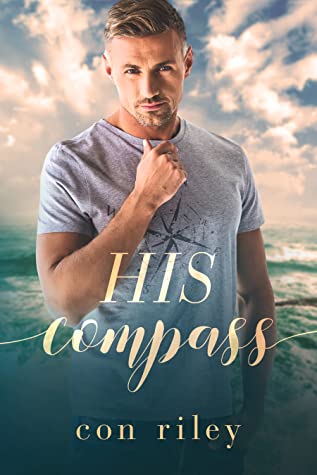 Review: His Compass by Con Riley

Tom is the skipper of the charter sailboat Aphrodite, and he is completely burned out.  He had a bit of an unrequited crush on his former deckhand, but once Jude left the yacht’s crew, Tom was left with his almost completely useless replacement – Nick.

On Nick’s first voyage, he came off as lazy, stupid and uncaring about his work.  He had lied about his experience with sailing, and it drove Tom utterly crazy.  Finally Nick had simply taken off and left the yacht without even bidding Tom goodbye.  While Tom had been attracted to the beautiful young man, he wasn’t really all that sad he had disappeared. Nick was nothing but trouble – or so Tom believed.

But they are destined to cross paths again when Tom is given the chance to sea-trial a brand new yacht purchased by the company.  But Nick is his crew.   Terrified of losing his income, Tom accepts the job, even if it means he has to deal with incompetent Nick.  His responsibilities back home in England are expensive, and losing his income would mean he would no longer be able to care for his younger brother, who had suffered a traumatic brain injury as a child.

Turns Nick is very eager to learn and he has excellent instincts as a sailor.  He does, however, suffer from a major lack of confidence.  But as his trust in Nick grows, so do Tom’s feelings. When Tom trusts him with any responsibility, Nick rises to the challenge each and every time.  And Tom starts seeing a young man who is kind, earnest and wants desperately to make a difference in the world.  He also sees that no one in his life had ever believed Nick capable of  being successful at anything.  No one had ever challenged him to grow, so he had stagnated… until he met Tom.

But Nick has secrets.  Big ones.  And once those secrets come out, Tom isn’t sure can trust Nick ever again.  And his reaction leads Nick to believe that maybe Tom’s feelings for him weren’t as strong as he thought they were.

The two men learn lessons about themselves and what is important in life.  As they sail from the Greek coast, past the beautiful Amalfi Coast to England and then back, those lessons come into clear focus.  His Compass is a gorgeous book, and I look forward to the next installment in the series!