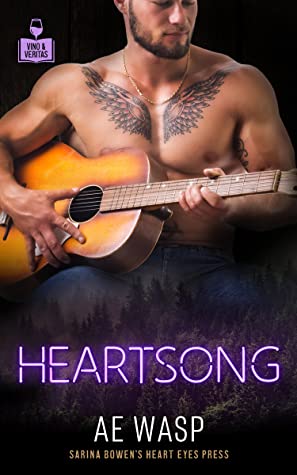 Cooper and Sean’s story touches on some really difficult issues.  When we first meet the characters, we learn that  Cooper is an army vet who grew up in the foster system and had to leave the army before he was ready because a car accident had forced the amputation of his leg.  Although his life seems quite stable, I definitely thought he was going to be the character who was more messed up.  But it turns out that Sean has lived through some horrifying experiences, and he’s suffering from PTSD – but he has no idea yet.

Sean spends most of the story trying to stuff down his feelings about the things he has endured.  We don’t really get a clear picture of his trauma until quite a ways into the story – but it’s a doozy.  But the love Cooper shows for him as he tries to come to terms with his trauma is just gorgeous to read.  I most swooned HARD for Cooper.  And Sean really is such a sweetie- the trauma he goes through is heartbreaking and it made me want to reach out and give him a huge hug and protect him.

Heartsong is sometimes hard to read, and I think there is a chance it could be triggering for some people, but it’s still a really excellent book.  The experiences Sean has aren’t really described in vivid detail – just a tiny glimpse into the horror he endured.  Homophobia is such a horrible thing.  The damage done to young people who are taught that who they love isn’t “normal” is heartbreaking.  Heartsong is a beautiful story and a very worthwhile read. The only thing was that I wanted MORE – I would have loved to learn more about Cooper’s life, and how he came to be raised in the foster system and is so alone until he meets Sean.