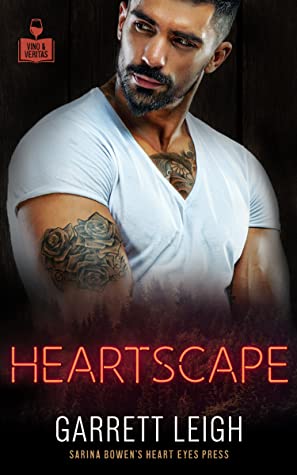 Oh Man, Heartscape grabbed me by the heartstrings from the first line.  We got a very quick glimpse of Tanner, the wine bar manager at Vino & Veritas when Finn recommended him and Harrison hired him in Featherbed.  But we didn’t get the story on why he was in a bad place and needed a hand up.

Turns out Tanner is dealing with some pretty significant trauma.  In a previous life he had been a Search & Rescue worker in the Alaska wilderness, which left him with some pretty significant PTSD, but then he came home to Vermont and a very unfortunate incident pushed him right over the edge to a place where he was barely hanging on.  Only with the love of his brother Gabriel and his girlfriend, Eve, did he manage to pull through.  But he recognizes another soul needing some help when Eve calls him one night and asks him to let a friend of hers sleep on his couch, as the hostel he was living in had burned down.

Jax is also getting over some trauma.  Both from an abusive relationship and from a terrible accident he suffered.  Both men have big demons they are working to deal with, but as they spend time together their burdens seem to get a little lighter when they are able to share them.  But it all happens too fast for both of them.  They’re so attracted to each other, but somehow they both know starting a serious relationship would doom them both in their fragile states.

Fight their feelings though they may, they are destined to be together.  It takes an accident and both of them facing their deepest fears for them to truly get how important they are to each other.

I do love me the tale of a broken man, and both these guys are terribly, beautifully broken, so much that I just want to gather them up and hug them both.  I was so happy when they got their happy ending, but so sad the book ended!  This one is absolutely on my favourites list!