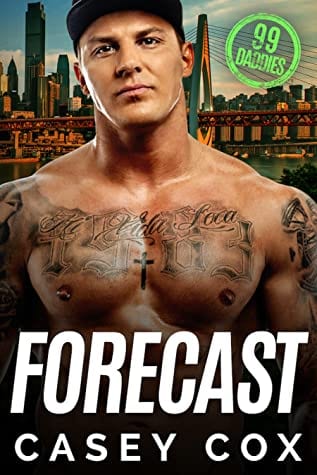 Liam Wright is a local TV weatherman who has his sights set on the “big leagues” – becoming the meteorologist for the national morning show.  He’s willing to do pretty much whatever it takes to reach his goal, including having his hair measured each week to make sure it’s the “right” length, having a ridiculous on-air catch-phrase, and worst of all, highlighting the fact that his rear-end is disproportionately large. Even though Liam is starting to hate all the stupid crap he’s having to deal with to reach his goal, he’s keeping his eye on the prize.    But all the focus on his appearance is making him wonder whether his goal is worth it.  What he really wants is a national platform to bring attention to big issues like climate change.  He wants to make a difference, but this gig as a TV weatherman is starting to feel like a pretty shallow exercise.

Enter Hudson Madden – he owns the gym where Liam goes to try and “proportionalize” his the rest of his smallish body to his big booty.  Hudson is a sweet, gentle giant.  Six foot six, shaved head, lots of ink and a man of few words, he too is starting to get tired of everyone making assumptions of him based on his looks.  Most people assume that he’s an alpha, when the truth is his interests in the bedroom don’t fit neatly under any label.

Liam and Hudson decide to have a “fake” relationship in order to help Liam get noticed by the big network, and to boost publicity for Hudson’s struggling gym.  But the relationship doesn’t stay fake for very long.

In finding each other and going through the motions of their “fake” relationship, both Liam and Hudson learn that not fitting neatly into a box that society makes for you is okay.  More than okay.  Embracing the fact that they don’t fit into those boxes is a really great way to find happiness.

I enjoyed Forecast more than I thought I would, since I’m not usually drawn to Daddy/boy relationships, but I felt like that part of their relationship was very minimal.  Overall Forecast is an enjoyable and run read.