Review: Fall For Me by Hazel Harding 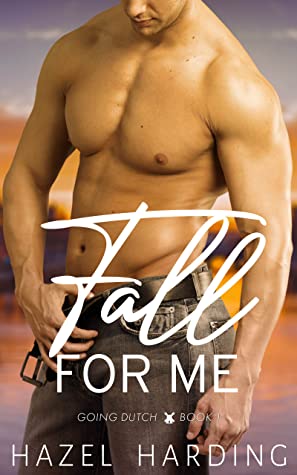 Fall For Me by Hazel Harding: Review
Synopsis

Chances of me getting over-attached? Literally zero, because let me put it like this:

Lex may have a body worthy of its own marble statue, but the guy’s going nowhere. He’s stuck in a rut in the city he was born in, while Amsterdam’s been nothing for me but a step up the career ladder.

Anna Marcellino, Global Head of Marketing. I’ve worked years to see my name on that door at our New York office, and I’m counting the days before I catch my flight to the promotion of a lifetime.

Only Lex and I don’t just get physically close. It wasn’t part of the deal, but we get to know each other. And boy, he’s not what I expected.

Yes, the mind-blowing sex is the best I’ve ever had, but it’s more than just that. Lex listens. He gets me. And I get him. Our connection runs deep.

There’s just too much I can’t give up.

I love books set in places I’ve never been, and Fall For Me by Hazel Harding brings the reader to Amsterdam.  The city is described so beautifully that I almost feel like I’ve been there now!

Anna is a career-driven twenty-something American who has been living in Europe for the past 7 years, the last two of those in Amsterdam.  Her time in The Netherlands is coming to a close, as she has been offered a huge promotion at her company’s New York office, and she will be heading home to the States in only 2 weeks.  She takes the last 2 weeks she’s in town to try and see as much as she can of Amsterdam before leaving.

Lex is a native of Amsterdam, with a close-knit extended family.  He is passionate about his work as a stone-mason, and he works with his uncle and his cousin in his uncle’s shop.  He’s an extremely talented artist, although Anna originally believes he is a blue-collar worker, and she wrongly assumes that because of the differences in their occupations, that they would have nothing in common. While their physical chemistry is off the charts – she figures that’s all their relationship will ever be.

Their love story is pretty traditional.  They spend time together and realize how strongly they feel about each other.  But they have to figure out what it means for both of them – Anna’s career has been her only focus for years, and Lex has no plans to leave Amsterdam.  There’s definitely a certain amount of angst as they try to figure it out, but the happy ending makes it all worth it.

Fall For Me is a quick, sexy read set in a lovely city.  Worth your time if you’re looking for an escape from your current world!