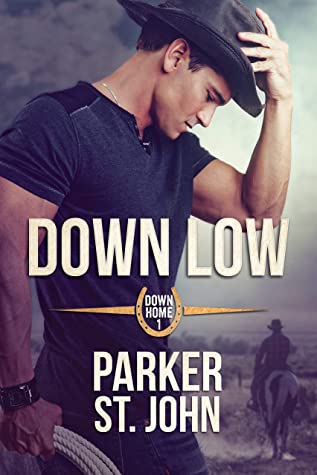 Calvin Craig is one of the fiercest riders on the professional bull riding circuit.  Coming from a tiny, backwater town in eastern Oregon, Cal had nothing growing up.  Raised by a horribly abusive uncle, the only bright spot in young Cal’s life was his relationship with Eli Jackson.  They were best friends and then they were each other’s first everything – including first love.   But Eli left Cal on the worst night of his life, and Cal has spent the last 10 years running from Eli and the memories of their love.

Even as a kid, Cal was clear on his sexuality – there was no question he was gay.  But Eli, the only son of Sweetwater’s terrifying fire-and-brimstone preacher, could never, ever come out of the closet.  The thought of losing the approval of his father was simply too much for him to bear.  He had to choose between Cal and his family, and it was clear to Cal on the fateful night of their breakup, who Eli chose.

More than 10 years later, Eli crawls home a mostly broken man.  The rodeo circuit has aged him, and one final, horrible ride on a huge bull named Ghost Pepper, nearly ended his life.  It certainly drained his bank accounts with medical bills, leaving him alone, almost broke and adrift in his life.

He understands he might not receive a warm welcome, but he feels the call of home right down to his bones.  He comes home to find Eli has become the town sheriff.  And that’s only one of a huge number of changes. While Cal has spent the last 10 years pining for Eli, and stoking his anger at him, Eli has some unresolved anger of his own.

Over time, Cal starts to realize that it’s possible to see the townspeople of Sweetwater through adult eyes, and let go of the hurt and resentment  he’s been carrying for ten years.  Eli’s father, some of the un-remarkable kids he went to high school with, and even the bully who heat him up for being gay, all had grown up and changed.  As a kid, he had been so focused on his own survival, he hadn’t been able to see the struggles others were going through.  Some of which were equally as bad as the physical abuse he endured from his uncle.

Cal and Eli’s story was beautifully written. Cal and Eli both grow so much throughout the story.  They both have anger and resentment to work through, but they both come to the conclusion that it’s worth it.  Being alone is no longer anything either one of them wants.

Down Low is a GREAT start to a new series, and I can’t wait to read the next book, which will be the story of Cal’s friend Lane, the rodeo clown with his own secrets to keep.