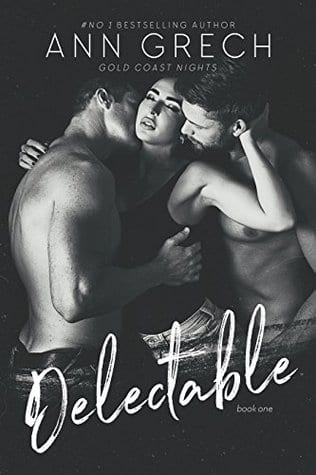 “Levi’s the love of my life, my soulmate. And life is good. We’re so damn lucky… blessed to have found each other. But when Connor left, he took a piece of my heart and we’re incomplete without him. In limbo. Now he’s back.”

Connor is a veteran of the Afghan war, and he’s home in Australia for the first time in several years. He suffers from severe PTSD after watching one of his closest friends die in front of him. Levi and Katy are his closest friends – but what they don’t know is they are the reason he left. He couldn’t bear to watch them together – being madly in love with Katy. While he was gone, both Katy and Levi realized that they cared more for him than they realized. They both felt like he filled a hole in their relationship they hadn’t even known was there.

Both Connor and Levi struggled to accept the part of themselves that attracted them to each other, both believing themselves to be straight. Throughout the story all three characters struggle with their fears of being the “third wheel” in the relationship, as well as fearing society’s judgement. To make matters worse, Levi has a high-profile job and if rumors got out that he was in such an unconventional relationship – or even if the public were to suspect he was gay, he could lose his dream job.

The story covers the ups and downs of their struggles to accept themselves, and their realization that the love they have for each other is what matters – and society’s expectations don’t mean anything to them.

I loved the idea of this book – the idea that three people can actually be in a loving, supportive relationship that isn’t weird or deviant. It was bittersweet though, realizing how far our society actually is from being accepting of this kind of love. In the end though, I love the optimism this book represents: love is what matters and bending to the arbitrary rules of society don’t bring happiness or peace to anyone.