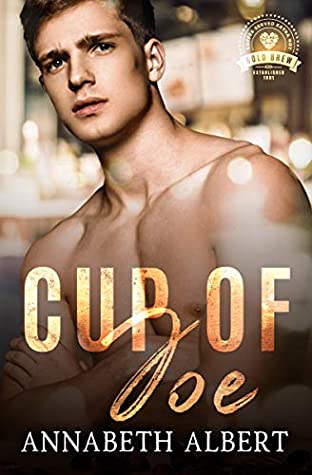 Levi is a young college grad who has moved to town only to find out that the guy he moved for was married and lying to him.  But he had sublet an apartment for the summer so he decides to stay in town and gets hired at the local LGBTQ friendly coffee shop, Bold Brew.

Joe is a little older, he’s an established electrician, and former high-school football star. But as he gets a little older, and his body isn’t quite up to the standards he used to have, he’s got a lot of insecurities.

There is a spark between them right away, and when Joe volunteers to help check out a quirky smoke detector at Levi’s place, come to realize they may have even more in common than they thought.  It turns out they are VERY compatible in the bedroom; they are able to let each other see some of their kinks and preferences that they’ve never shown anyone else.  Levi craves a solid anchor to ground and guide him, and Joe loves the role of the Dom – a proper Dom who is more concerned about his submissive’s wellbeing than anything else.

While they slide into a relationship of sorts, Joe spends a lot of time telling himself he’s too old for Levi, that as a 22 year old he should be out there sowing his wild oats.  But he hasn’t realized that Levi should have a say in what he wants!  The sweet twist is that Joe comes to this realization after giving his widowed father some dating advice.

Joe and Levi are seriously perfect for each other.  They are both supportive and solid, and while Levi loves to be taken care of, when he is given the chance to take care of Joe, he loves that role and wants nothing more than to make him happy and comfortable.

Cup of Joe is a sweet intro to the series with just a splash of kink to keep it interesting and steamy.  Loved it and can’t wait for more Bold Brew.