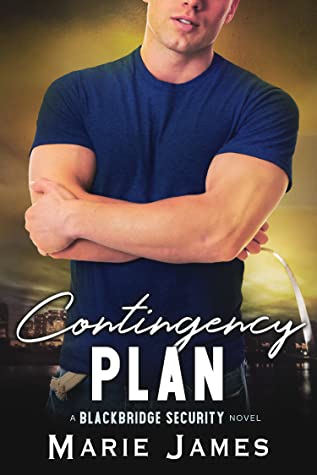 Book 3 in the Blackbridge Security series did not disappoint.  It’s Flynn and Remington’s story, and I have to admit, I wasn’t sure if it would be as good as the previous book which was Wren and Whitney’s story.  Remington is the 20-year old daughter of famous parents and she has a reputation as a wild child who makes a game of trying to ditch her security detail.  Flynn is the lucky Blackbridge agent who gets assigned to be her bodyguard.  He is not thrilled with the assignment, since being a glorified babysitter was never in his job description. Remington does her very best to get under his skin right from the first time she meets him – when she shows up topless!

She is a stunning young woman, but naturally Flynn has to remain completely unaffected by her games.   For a while he’s able to mostly remain impassive in the face of her obvious cries for attention, but as he gets to know her, it gets harder to do.  He learns that she isn’t actually the spoiled, self-centered brat he thought she was.  She’s actually a caring, compassionate young woman, and she has been completely and utterly ignored by her parents for her whole life, causing her to act out.

Over time, the two develop a friendship, and eventually their attraction explodes into a lot more.  Problem is, Flynn believes that they could never have any kind of future; they are just too different.  This belief leads him to make a big mistake, and he really, really hurts Remi.  I struggled a little with Flynn’s actions  – if I was Remi I’m not sure I would have been able to forgive him for what he did.  But in the end, their happily ever after seems like it was well earned.  I’m definitely looking forward to Ignacio’s story, which is up next!