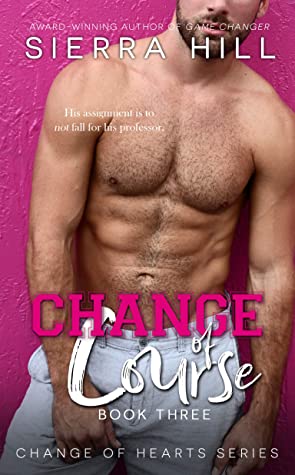 Lucas is firmly in the closet.  He’s spent nearly a lifetime hiding his sexuality from his family, workplace and especially his best friend, who he’s been in love with since high school.  But Garrett is straight as an arrow, with a lovely girlfriend and a 5 year old son.  So Garrett dates women, but satisfies his sexuality with random hookups with strangers.  He hooks up with Kyler Scott one night over his summer holiday, and he can’t get the young bartender and aspiring artist out of his head.

Kyler is a sweet art student who works as a bartender and moonlights as an exotic dancer at a gay bar.  He’s also recovering from an emotionally abusive and controlling relationship, so he has zero interest in repeating his hookup with Luc, despite it being some of the most earth-shattering sex he’s ever had.

Their worlds collide when the school year begins and they discover that Luc is Kyler’s art-history professor.  Even though Luc was definitely looking for a repeat hookup – once he realized he was Kyler’s teacher, he realized there was NO way that could ever happen.

But chemistry is a powerful thing and neither one of them can resist the pull toward each other.  The other looming issue is that Lucas has a grandmother he adores who very much wants him to be married.  But it takes a health scare of hers for Lucas to realize that he can’t live his life solely to make his grandmother happy anymore, but he does want to give her what she wants, he just won’t be marrying who she expects.

Even once he decides to truly go after Kyler, things are complicated, but watching it play out between the two of them is a pleasure, since they are both such likeable characters.  They both learned that the lives they had planned for themselves may not have worked out, but taking a different path, or changing course,  to happiness can be just as fulfilling.