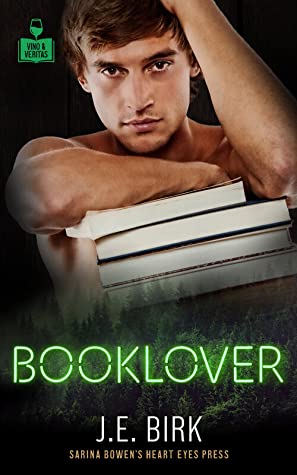 You know you’re in for a good book when both the main characters are huge fans of romance novels, and one of them even starts a book club for romance lovers! Jamie and Briar are really adorable.  They’re both utterly convinced that they would be a terrible boyfriend to anyone, so they decide on a friends with benefits relationship. When they end up in bed together, acting out a SUPER steamy scene from one of their favorite books, you just KNOW they are meant for each other.  Briar came from a terrible childhood where he spent part of the time in foster homes, and his past is full of mistakes and criminals he was exposed to in that life.  He’s never been able to trust anyone, and he doesn’t want to trust Jamie either. He’s so vulnerable.

Jamie is vulnerable too, but in a different way.  He’s carrying the weight of his family’s entire dairy farm: their livelihood and their HOME, on his shoulders since his brother took off months ago.  His dad needs his help ALL the time with the cows, and between that, his library job (where else would a booklover like Jamie work?), and his classes, he’s burning the candle at both ends and he can’t keep doing it.  He wants to tell his family he can’t keep working at the farm so much, but his fear of disappointment and of being cast out like he thinks his brother was keeps him silent for way too long.

But these two are SO meant for each other.  I was so disappointed in Jamie’s decision to put the farm first when it was REALLY important to Briar for him to show up somewhere else, but I could understand how that kind of pressure would be insanely difficult to handle as a young adult. And I was a little mad at Briar for not immediately understanding how hard that would be for Jamie, but I could understand his fear too, after a horrible childhood, how on earth do you let yourself believe that most people don’t intend to hurt you, and if they do it’s a mistake.

Both guys learn that not only do they need to take some risks and trust other people sometimes, but they also need to learn that some people are worth giving second chances.  Everyone makes mistakes, and a love like theirs is worth taking another kick at the can, even if trust and forgiveness is really hard.