Review: Blown Away by Brenda Rothert 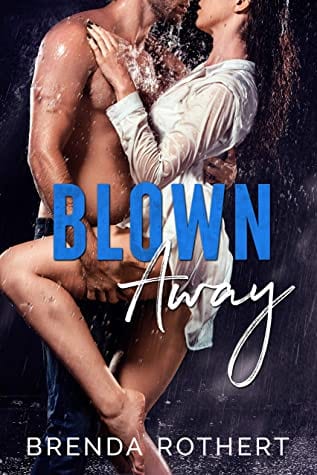 Review: Blown Away by Brenda Rothert

Looking for purchase links and more info on Blown Away? Click Here

Brenda Rother’s books are like a hug from a friend.   They are so comfortable.  I wish I knew what it was about her writing that does that to me – but I love it!

Blown Away was originally released in 2016, but is being re-launched with a new cover.

Drew and Aiden are both hurting.  Aiden lost his family in a horrific tornado when he was only 13 years old.  He grew up to be a technical rescue expert, and every summer he hooks up with a small team and chases the huge storms that spawn tornadoes over the US Midwest. The same type of storms that took his family.  It’s his way of honouring them.

Drew is lost.  Her fiance, Colby, was on Aiden’s storm chasing team.  But heading home after a storm one night, he is killed in a car accident.  Drew spends the next year of her life just trying to get through each day.  She works as a shampoo girl at a small salon in her small Illinois town.  She can’t really see any kind of future for herself, after the dream she had so wanted was taken from her.  A chance encounter in the grocery store with the leader of Colby’s old storm chasing team results in her joining the storm chasing team for the season.  She hopes that it will help her feel something again after the past year of numbness.

Unbeknownst to anyone, Aiden has loved Drew since long before Colby’s death.  He had resigned himself to never ever letting her know – he doesn’t want to be the guy who goes after his dead best friend’s girl. But the chemistry he has with Drew is amazing, and they are both affected.  When they are together, Drew starts feeling things she hasn’t felt since Colby’s death, and some entirely new and very bold feelings that she loves.

After a close call with a tornado, Aiden’s ability to resist Drew’s advances disappears, and they end up in bed.   But it’s so much more than just sex for them.  Nothing about their relationship is easy.  They both struggle to deal with the intensity of their feelings.  But after a couple of close calls, – it turns out storm chasing is sort of dangerous – they find each other for the final time, and realize their love for each other is real.

One of my favourite parts of this book is the epilogue.  I won’t give it away, but we get a glimpse into their future together, and  Drew has not only been able to dream for herself again – but she has actually been able to achieve her goals and live her dreams.  It’s so heartwarming and left me with a warm and happy feeling.  And another one of Brenda’s books ends up on my favourites list!