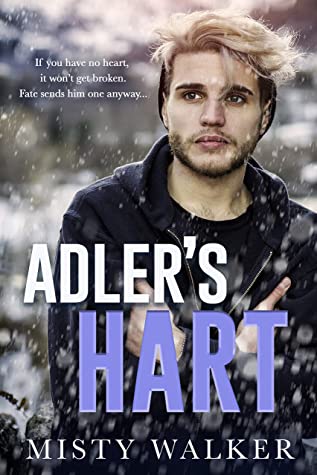 I really love the Brigs Ferry Bay series, and even though Adler’s Hart doesn’t take place fully in the little Maine town, it has all the best parts of the series.  Adler is a mostly broken 47 year old who has spent his entire adult life believing he doesn’t deserve to be loved.  His parents threw him out when he was only 18, and he’s never fully recovered.  His one friend in the world is Archer, who we met in an earlier BFB book, Kian’s Focus.  But he’s all alone in the world, and after a fishing season in Alaska, he decides to indulge in a hookup before heading south to the Pacific Northwest for the winter.  One-and-done is the way he lives his life.

Hart is a sweet and sunny 21 year old who turns out to be wise beyond his years.  He’s home visiting his parents in Ketchikan while on winter break from college in LA.  He figures a one-nighter with the handsome stranger from the app will help him scratch an itch before he heads back to school in a couple of weeks.

Neither one of them counts on the fact that a huge winter storm is bearing down on Ketchikan, and in the couple of hours they spend in Adler’s crappy hotel room, more than 2 feet of snow falls, with no end in sight.  It results in them being trapped together for a couple of days.  And those couple of days change everything for both of them.

They try to go on with the regularly scheduled programming of their lives, but neither one can let go of those two days.  Adler somehow finds himself on Hart’s doorstep in LA a month later.  Their feelings are just as strong as they were in Alaska, but Adler knows he’ll be miserable living in LA, and his friend Archer in Brigs Ferry Bay has offered him a job there.   So off he goes, and they are separated again, but with plans to be together.

Adler’s Hart is definitely all about the instant connection between them, which always makes me feel like I’m reading a fairy tale.  Like any good fairy tale, it’s not  all smooth sailing, and things look a little sketchy for a while, but in the end Adler and Hart get their happy ending, and this steamy but sweet novella makes a perfect addition to the series. 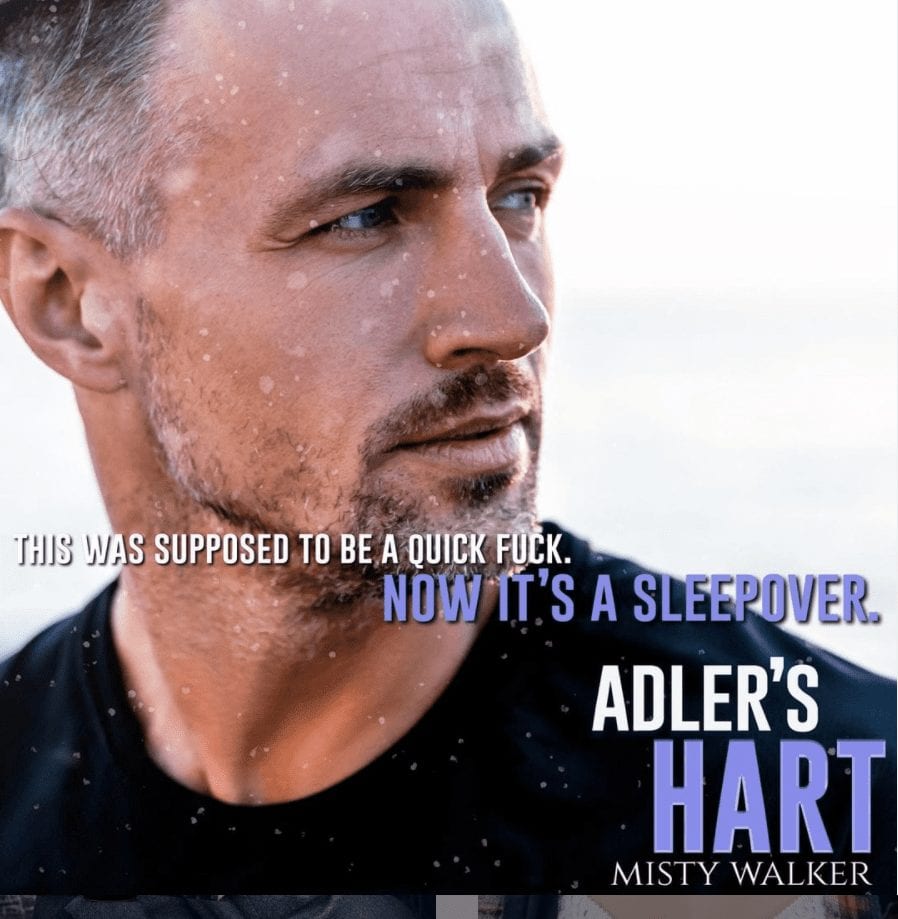