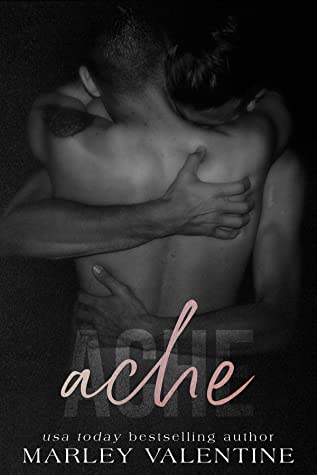 Oh, Man…  get out your kleenex – you’re going to need them for this deliriously angsty read!

Ache is the story of lifelong best friends Jordan and Gael.  Jordan has been in love with Gael for as long as he can remember, but things are complicated.  Jordan was unofficially adopted into Gael’s family at 17 when his own family disowned him.  Meaning they are almost like brothers.  But that’s not the only complication.  Gael is straight.  Straight and engaged to a very nice girl.  Jordan wants nothing more than for Gael to be happy, but he craves just a bit more time to hang out with his friend before he disappears into marriage, and children, and all the things that pull friends apart as we grow older.  So Jordan books an extravagant bachelor party in Vegas with several of their friends.  And it’s there that everything changes for both of them.  But a horrific accident adds yet another complication to their efforts to be together.   And things get real angsty here.  Gael ends up with some injuries that make it seem impossible for the two men to be together.  And to make it even worse for Jordan, Gael doesn’t even remember it.

Eventually Gael will have no choice but to hurt someone – either his fiancee or Jordan, and it’s a terrible choice to make, but everything ends up as it should be.  It’s just a harrowing journey to get there!

I suppose the first clue that the book would be angsty would be the name: Ache doesn’t really say “fluffy and light”.  So if you don’t happen to be in the mood for that, maybe wait until you are.  But if you’re wanting a hard-earned happily ever after that tears your heart out and then glues it back together, Ache is going to be right up your alley.  I feel like this one is a five star read, mostly because of the intense emotional reaction it got out of me.  I didn’t like the book all the time, because it was super sad and upsetting in places, but in the end, I loved it.