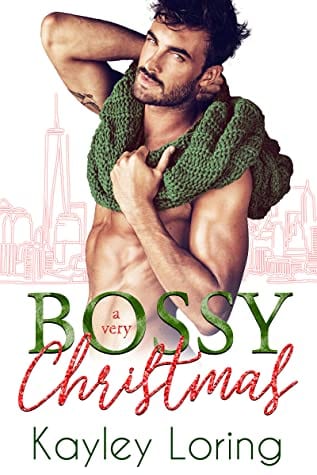 Grab yourself a hot toddy and settle in for this hilarious Christmas rom-com.  A Very Bossy Christmas is SO much fun.  Declan and Maddie are absolutely made for each other, it just takes them a little while to figure it out.

Even before Declan decides to ask Maddie to pose as his girlfriend for his family, he suspects it might be a very risky move for his heart.  He puts on a great face as someone who doesn’t give a rat’s ass about love, but behind the walls he’s a thoughtful softie who buys perfect gifts for the company receptionist and brings flowers to Maddie’s landlady, among other sweet things.  And he’s more than a little bit lonely.  Pretending Maddie is his girlfriend brings his loneliness into sharp focus, and he realizes he doesn’t want to let her go.  There’s a little angst and some fun family shenanigans before they both realize how much they really love each other, but it’s so much fun getting to that point that even the angst is worth it!

A Very Bossy Christmas is the perfect book for this year’s holiday season.  Light, fun, and lets you escape into a world where everything is normal, annoying family members and all.  Kayley Loring is always a must-read for me, and this book only confirmed that!