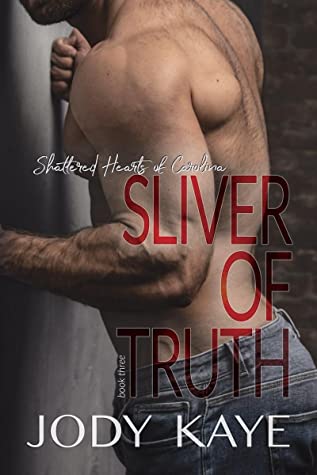 Sliver of Truth by Jody Kaye 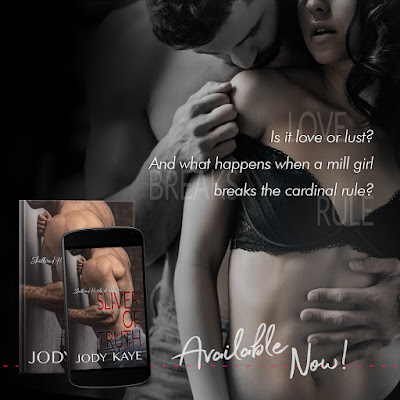 A stripper. A handyman. An impossible secret.
Is it love or lust? And what happens when a mill girl breaks the cardinal rule? 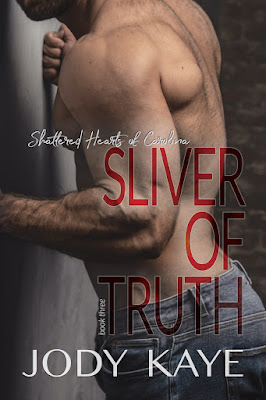 Men beg to touch her body. Yet, I’m the one grasping onto Cece time and time again.

I tried to keep them away for her safety and to help her reach the goal of a better life. We were careful to make sure what happened between us remained unnoticed. But when our impossible secret gets out, I’m the one labeled an opportunistic creep.

I’m a simple man. All I want is a chance. Though, it’s uncertain Cece’s ready to defend the love we share. It’s obvious now our silence was golden… And there’s more than a sliver of truth that I’ll never be the one for her.
—Dusty
Grab Your Copy Here:
Amazon US | Amazon CA | Amazon UK | Amazon AU | Apple | Nook | Kobo 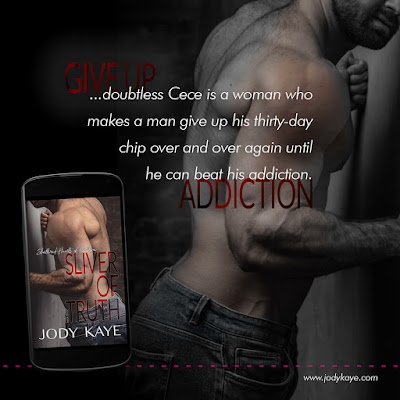 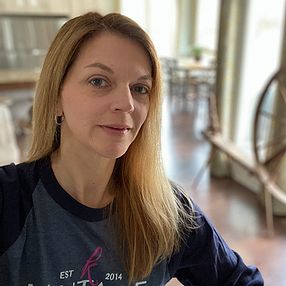 Jody’s husband asked what she’d been doing all day. After five years she finally confessed, “When no one is around, I write.”
Okay, it was more like it was more like a bunch of stammering and trying to get out of saying a thing. Jody’s a writer. You want it pretty. Let’s compromise.
“Just finish one,” he said, challenging her to complete a story and share it.
Little did he know that those words of encouragement meant they’d return from a family vacation with a wild and defiant set of quintuplets stumbling their way through life. Wasn’t raising their three sons enough?
A native of nowhere, Jody settled in New England for 17 years before agreeing to uproot her brood of boys and move to North Carolina. She spends most of her time reading, writing, and hoping that her ravenous children haven’t eaten all the ingredients before she cooks dinner.