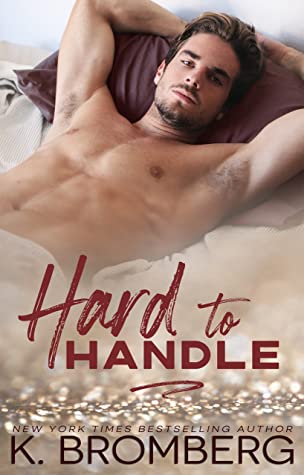 Hunter Maddox is an NHL star who has gone from league superstar to loose cannon whose play and behaviour has become so unpredictable his team is thinking of cutting him after the season.

Dekker Kincade is a high-powered sports agent whose family firm is struggling. Dekker’s father sends her to try and poach Hunter from his current agent.  But the past Dekker and Hunter share makes it complicated: they were both left heartbroken after the end of their affair a few years earlier.

Hunter is a broken man.  While he has reached the pinnacle of his sport, all he has ever really wanted was love from his family. A tragic accident tore his family apart when he and his brother were teens, and he continues to blame himself for  it. His parents had always favoured his brother, but it got much worse after the accident.   As a result of all the years of emotional abuse from his parents,  he refuses to believe he is worthy of any of anything good – including love.

Hunter is falling apart as his brother’s health worsens and the end of his life approaches. His only goal is to win the Stanley Cup while Jonah is still alive to see it.  But he is burned out.  The constant cruelty from his father has worn him down.  And living his entire life for Jonah, not giving himself any room to live for himself has begun to catch up to him.

Dekker is the only person in his life to look past his behaviour and see the good person underneath.   Though she doesn’t know exactly why Hunter is so troubled, she finds herself wanting to help him work through his pain not because she wants his business, but because she truly cares about him.   Hunter, finally realizing he is burning out, takes a chance and starts to let her in.  Starts to trust her.   And then realizes he loves her.

Hunter is beautifully broken.  Fate has dealt him a cruel hand, but he has managed to keep going.   And Dekker is so strong, you know she will always be there to support him.  She even discretely confronts his father and calls out his years of cruelty to Hunter, letting him know she would never let it happen again.  She will always protect Hunter.

I LOVED this book.  There are plenty of teary moments, including moments of breathtaking cruelty by Hunter’s father.  It’s a very raw story, but when the bittersweet “happily ever after” finally comes about, it’s so worth all the tears.  You want to read this book if you need a good cry, but you’ll leave it with a smile.

At first, the request seemed simple—sign a new athlete to the agency.

Then I found out the new athlete was none other than the most wanted man in hockey today: Hunter Maddox

Gifted. Sexy. At the top of his game. And the only man who has ever broken my heart.

If signing him will help save our family business, I’ll swallow my pride and do what’s asked.

But when it becomes clear his uncharacteristic antics off the ice are a hint of something deeper, keeping things strictly professional between us becomes more than complicated.

But I know better than to cross that line.

I’ll never date a client. Not even for him.

Win the Stanley Cup and do it before time runs out.

Not a small feat, but it’s what’s motivated me since the start of my career.

And time is running out.

Feisty. Dogged. Damn gorgeous. The one I let get away.

I have no idea why she’s traveling with the team, but hell if resisting her is going to be easy.

But I have a job to do, and I refuse to lose sight of that end game. Even if she confuses me. Even if she sees parts of me I’ve hidden from the world.

I can’t lose focus. Not even for her.