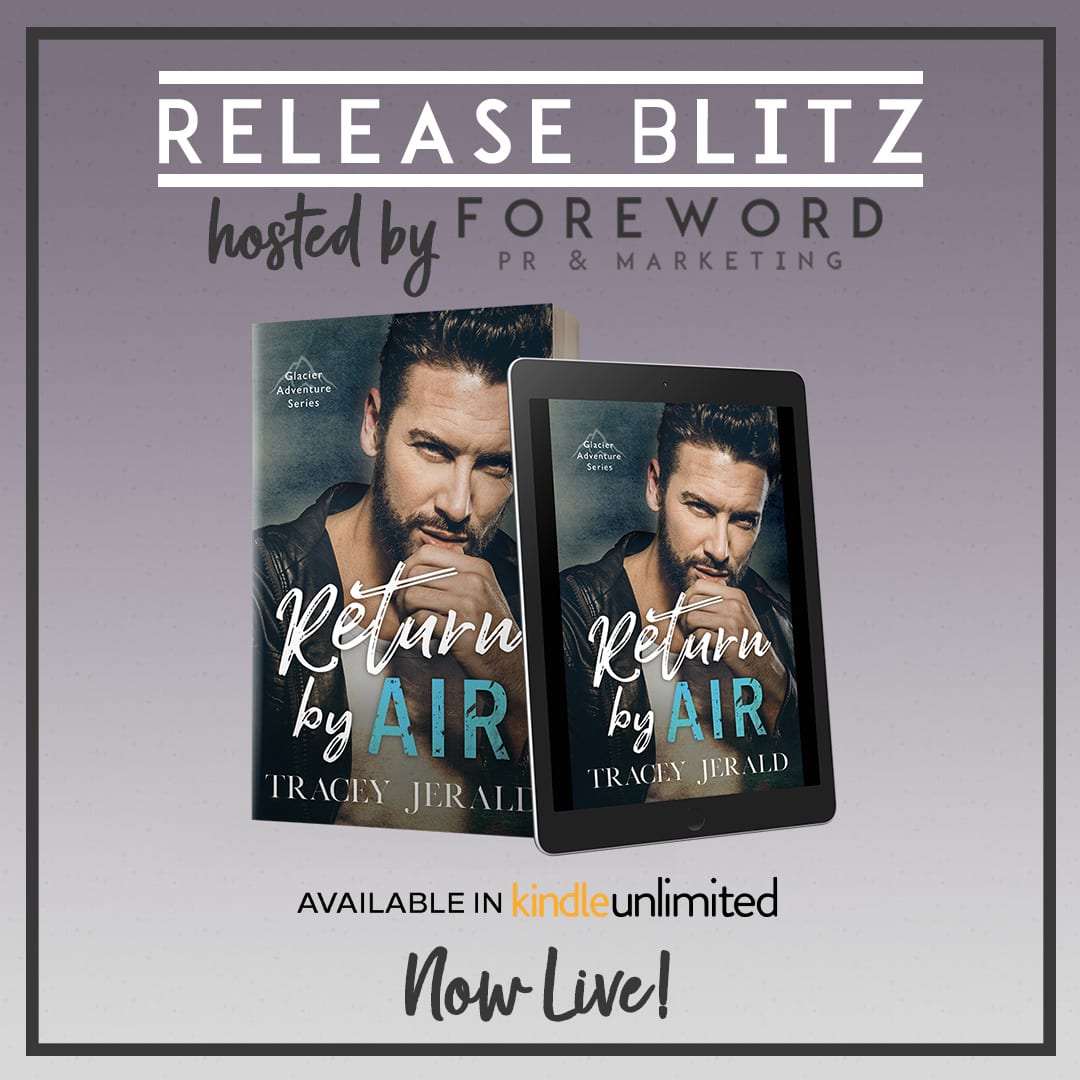 Return By Air was a little bit sadder than I had anticipated – but it made me sad in all the good ways!  A love story that spans 16 years, there was plenty of fodder to make me cry!  Kara and Jennings’ story is kind of an epic tale.  Their summer love affair in Alaska when they are in their early 20’s ends with Jennings pushes Kara away due to his fear of abandonment.  Kara is left on her own to deal with the consequences of their affair – a pregnancy resulting in their son, Kevin.  Though she tries for many years, she is never able to contact Jennings to let him know about his son.  And so Kara moves on – or at least she thought she had.

With the unwavering support of her brother, Dean, and his loving husband, Jed, she is able to give Kevin a wonderful, happy life.   But a tragic accident leads her back to Alaska to grieve the death of one of Jennings’ closest friends – Jed – the same Jed who is married to Kara’s brother.  Though Jed obviously knew about Kevin’s existence, Kara had sworn him to secrecy – he was not allowed to tell Jennings about Kevin.  Kara felt like she had tried enough and needed to let Jennings go.  As a compromise, Kara agreed that should anything terrible ever happen to Jed, she would bring Kevin to Alaska and introduce him to Jennings.  Kara agreed reluctantly – even though she NEVER thought she would ever have to go through with it.

Though he could have had no way of predicting his own death, Jed Smith sets things up so that Kevin and Kara spend the summer following his death in Alaska. Jennings, who is there to grieve for his friend, realizes immediately what he has missed out on for the past 16 years.  The story is not only that of Kara and Jennings re-discovering each other and falling in love again, but it’s also the story of a son finding a father, and a man finding a family and a love he never thought he would ever have.  The story had all the feels.  A soaring love story stretching from one end of North America to the other, encompassing both romantic love and the love of family – whether that family is by blood or by choice.

Available on Kindle Unlimited and here: