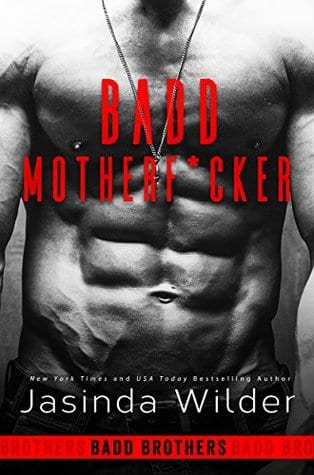 “I knew I shouldn’t have touched her. Not so much as a finger, not even innocently. But I did…”

I LOVED this book so much.  Given what’s going on in the world around us right now, I’m craving feel-good books with as little angst as possible – with all the stress in real life – who needs additional stress from books??

I was immediately sucked in because the story starts off in Seattle – which is where I live.  (I’m a sucker for a good book set in a place I know well).  The story eventually moves to Ketchikan, Alaska, which is a place I’ve been a few times and I’ve always thought it seemed like an amazing little town.

Dru is a very cool heroine.  She had her life all figured out, or so she thought, until she caught the man she thought she loved banging someone else on her wedding day.  We start to see right away that maybe Dru isn’t as boring and scheduled as she thought – when she drunkenly snags a float plane flight from Seattle to Ketchikan, while still wearing her wedding dress.

Dru is my favourite kind of heroine.  She swears like a trucker (I can SO relate), she drinks like a fish, and she’s strong and genuinely badass.  I really liked the fact that she was able to eventually recognize that the man she was supposed to marry wasn’t 100%  at fault for their relationship going off the rails.  Don’t get me wrong – the guy is a total douche-canoe, cheating on her, and doing other crazy shit we find out about, but she recognizes that she had become a different person while she was with him. She’d been trying to change herself into the kind of woman she thought he wanted – when he had wanted who she really was – the wild, spirited, crazy girl who took no shit from anyone.  He had never asked her to change.

And then there’s Sebastian…  mmmmm Sebastian….  Unbearably good looking and a man of few words.  The eldest Badd Brother – and the one who never left Ketchikan because he stayed back to help their Dad run the bar while the other 7 boys flew the coop.  Sebastian is a genuinely good guy.  He’s smart and kind, but he doesn’t give himself enough credit.  Fortunately his brothers recognize how amazing he is, even though they spend most of their time either fighting or messing with each other.  I wanted to learn more about Sebastian, but I’m hoping because this is book one of a 14 book series, that we will get to learn a little more about him and how he works.

I suppose that would be my only tiny complaint about this book – I wanted to dive a little deeper into Sebastian’s mind.  But overall it was such an amazing escape that I can look past it!

The book really has everything I’m looking for in a Happily Ever After.  Very little angst, a strong, smart heroine and a hero who is a genuine good person.  Set the book in a gorgeous place like Alaska, throw in some AMAZING steamy sex scenes, and I’m a happy happy girl.

I’m already into book 2 of the series and I’m hoping it won’t disappoint.  This being my first book by Jasinda Wilder, I’m excited she has such a big catalogue for me to dive into.  If all of her books are as fun and easy to read as Badd Motherfucker, I’m in for a treat, and being quarantined won’t be as bad as I thought!